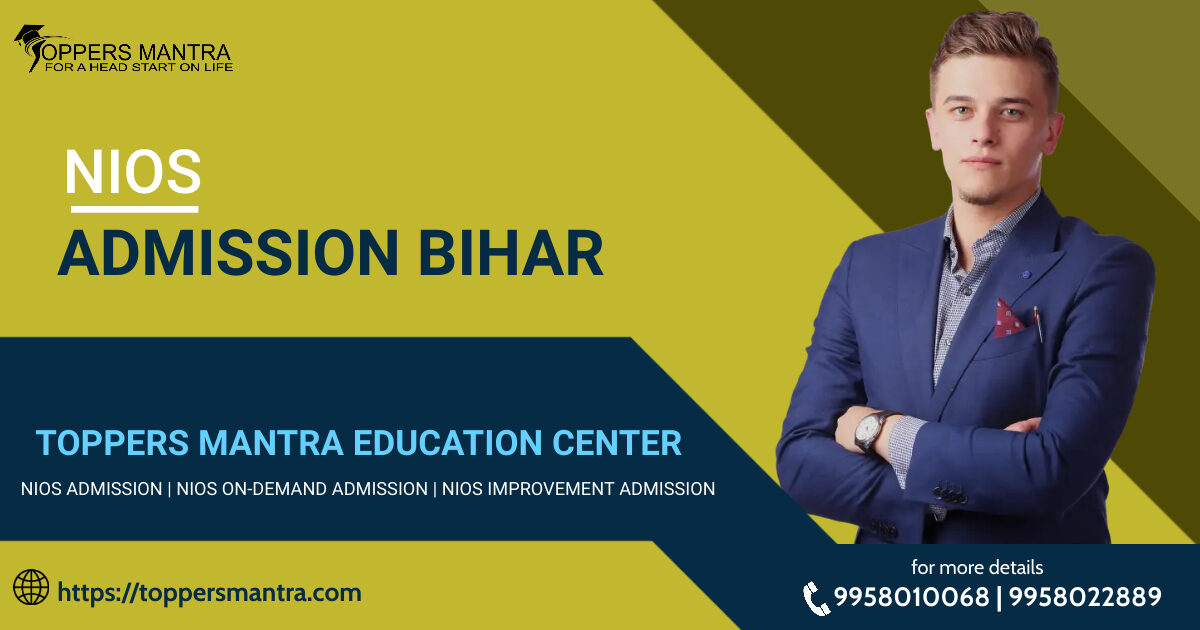 All the students of Bihar who are looking for Nios Admission in your State. Nios Admission Bihar is now available for 10th and 12th class. You can now call for your admission online.

However, most of the students are looking for the most reliable service about the Nios Admission procedure. They can call or visit to Toppers Mantra Education Center at https://toppersmantra.com and call 9958010068 | 9958022889.

We know that Bihar has the largest strength of students but some students left their studies for any reason. Now it’s a huge and big chance to continue your studies with the largest Open Schooling System in India. It provides admission throughout Bihar at any district.

The main NIOS Headquarter is in Noida. National Institute of Open Schooling provides Nios Regional Center (RC) across all the states of India. The RC of Nios is in Patna at Lalit Bhawan of Bihar.

Meanwhile, Nios Admission Bihar is available at Toppers Mantra Education Center. For your nios 10th and 12th admission contact us. 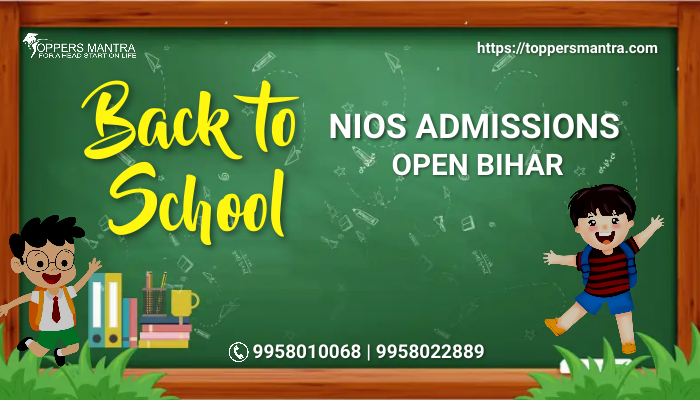 Nios Bihar Admission is for 10th and 12th class has started for the session. Firstly, you can apply for your Nios fresh admission for Secondary and Senior Secondary class. Therefore your academic session will start.

Nios provides admission twice in the year for 10th and 12th class called Nios Public Admission. It has 2 sessions in the year. 1st session starts from 16th March to 15th September. Examination of 1st session is held in March-April of the year.

2nd session starts from 16th September to 15th March. Examination of 2nd session held in October-November of the year.

Above all you have a twice chance to enroll in Nios.

After the admission in Nios most of the students aren’t aware about the Nios Study Center which is given at the time of admission.

Nios Study Center plays an important role in the academic procedure of the Nios Admission in Bihar. So, you can submit your Assignment which is called Tutor Marked Assignment (TMA) consisting of 20 percent marks of the theory Examination. 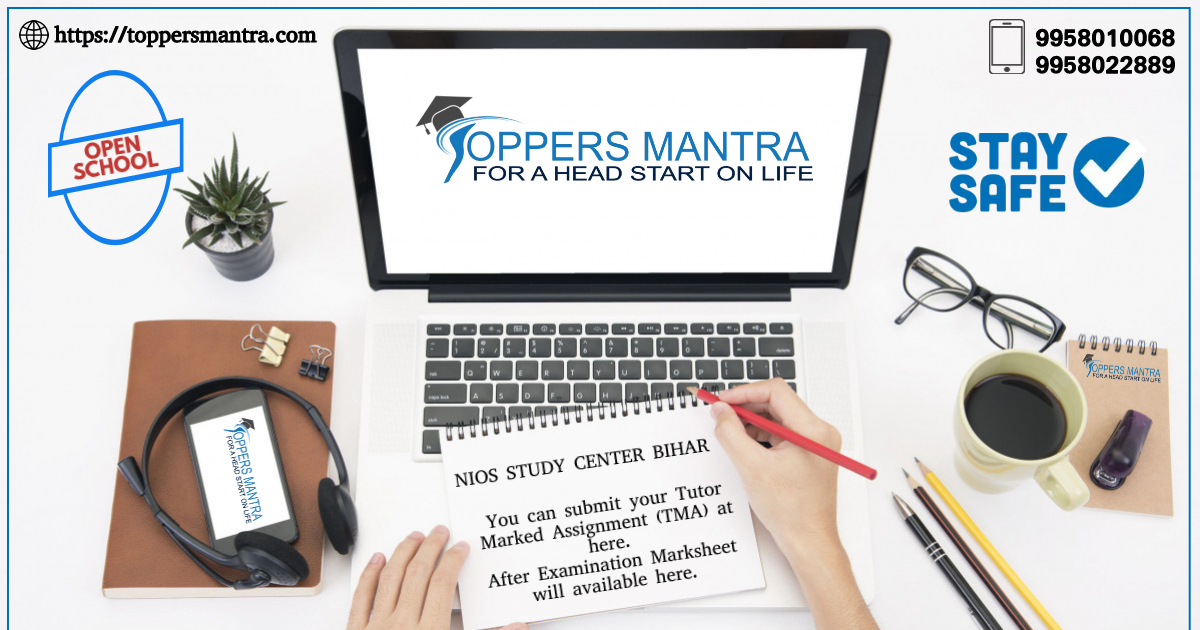 For the Nios 10th admission Bihar you can contact Toppers Mantra Education Center. To enroll in Nios for 10th class you just have some documents.

Students who didn’t go to school can take admission in Nios for 10th class. Those who left their studies can also apply for their Nios Admission Bihar.

Students who failed in the Bihar Board 10th Board can also apply for the Nios Admission. For more information about Nios 10th Bihar Admission contact 9958010068 | 9958022889 or visit https://toppersmantra.com.

To enroll for your 10th admission, you just need some basic documents. These are some regular documents for the students.

Documents for the Nios Public Admission are as follow:

If the students looking to enroll in Nios for Senior Secondary (12th) class can also call us for Nios Bihar Admission. We Toppers Mantra Education Center provide Nios Admission for 12th class online.

For the admission you must pass out 10th class from any recognized board. In the admission of Nios you just need to google or ping for Toppers Mantra Education Center.

Students who failed in 11th class can also apply for their 12th admission. We all know that the huge strength of the students takes Nios 12th Admission every year. Most of the students come from Bihar in nios.

Students who failed in Bihar Board Exams and in any other 12th Board Exams can also apply in Nios at Nios On-Demand Admission Bihar Online.

In conclusion, failed students have another chance to give examination through NIOS.

To enroll for your 12th Bihar Nios Admission, so you need some documents follow: 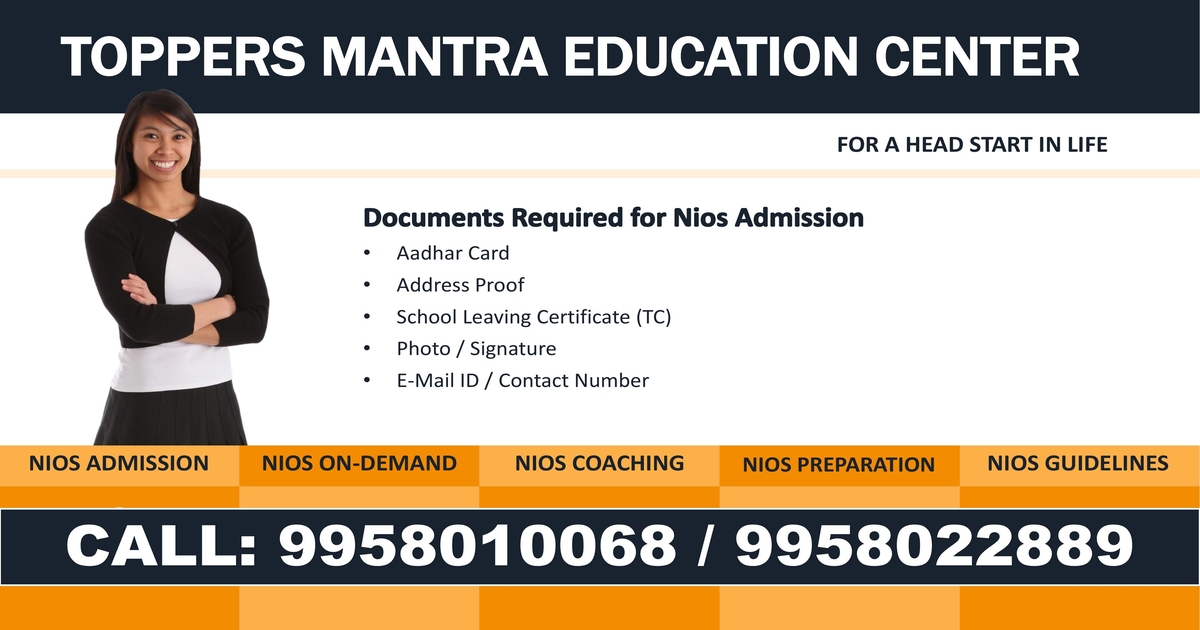 In the academic of 12th class in Nios students have to follow some Nios 12 Eligibility Criteria for the admission procedure. So, you must follow these:

After the examination of Nios, students wait for the result. After that, most of the students worried about the result of their Nios Examination.

In other words, students who enroll in Nios should continue every procedure of the academic of 10th and 12th class. Students have to prepare for the TMA, Practical and prepare for the examination.

If students give examinations in April-May, on the other hand result of the session will be declared in June for 10th and 12th.

The Results of the Nios board declare for all the students of Nios. For Nios Bihar results students can follow the official website of Nios or can also visit or call https://toppersmantra.com. Above all for any kind of Nios Information contact to Toppers Mantra Education Center.

Finally, after finish all the academic procedure of Nios Admission Bihar you can apply in any school or University with Nios Documents. In other words Nios is a Central Government Board In India. 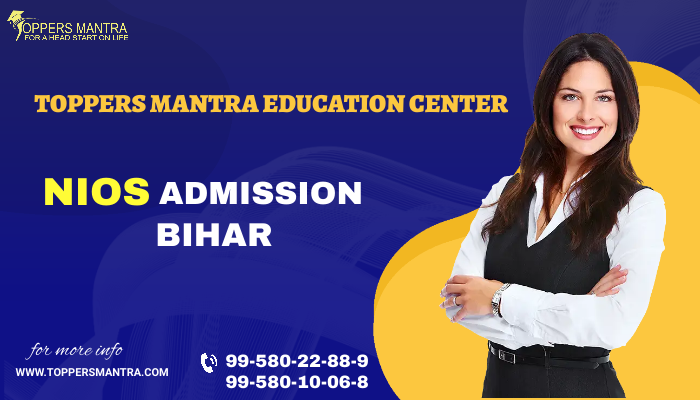 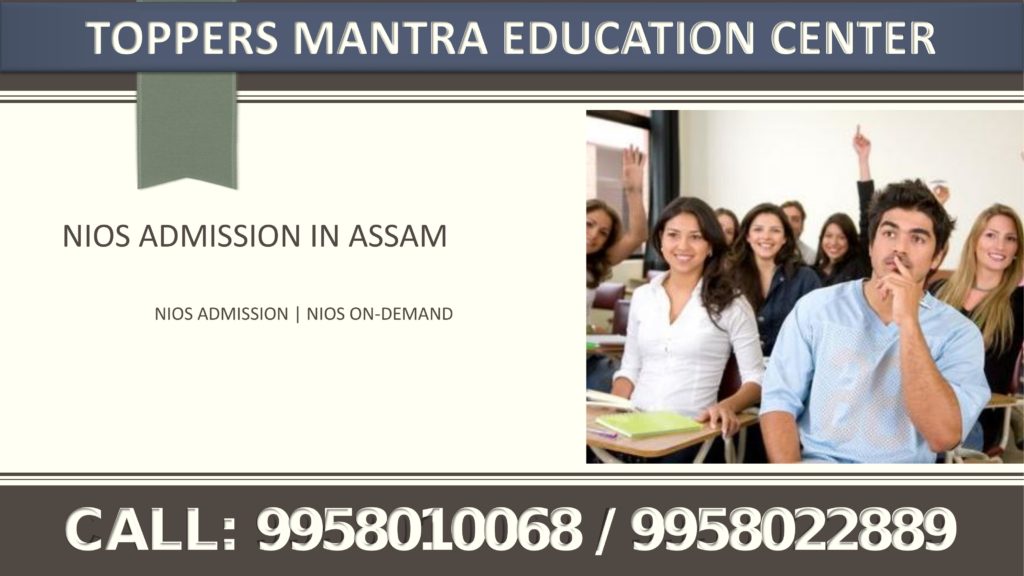 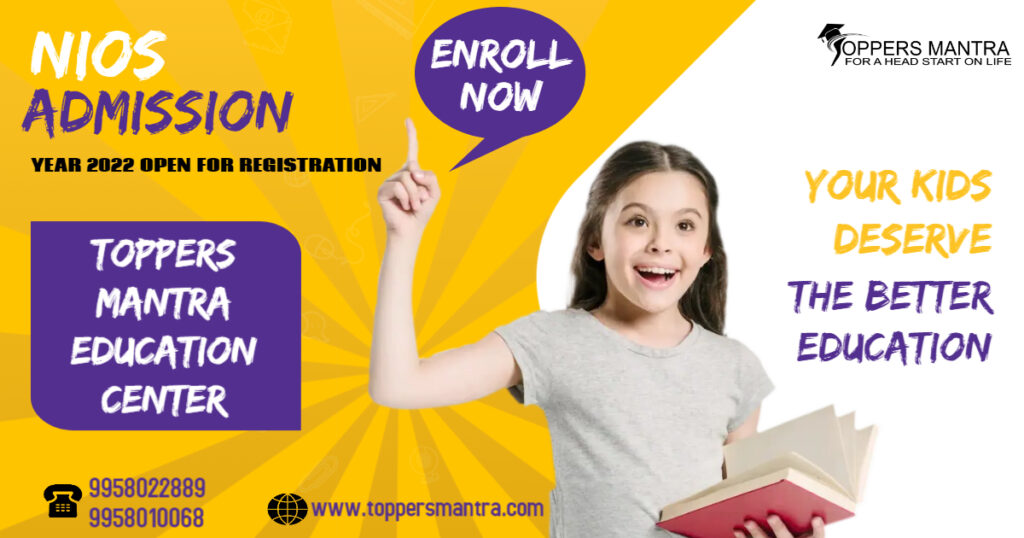